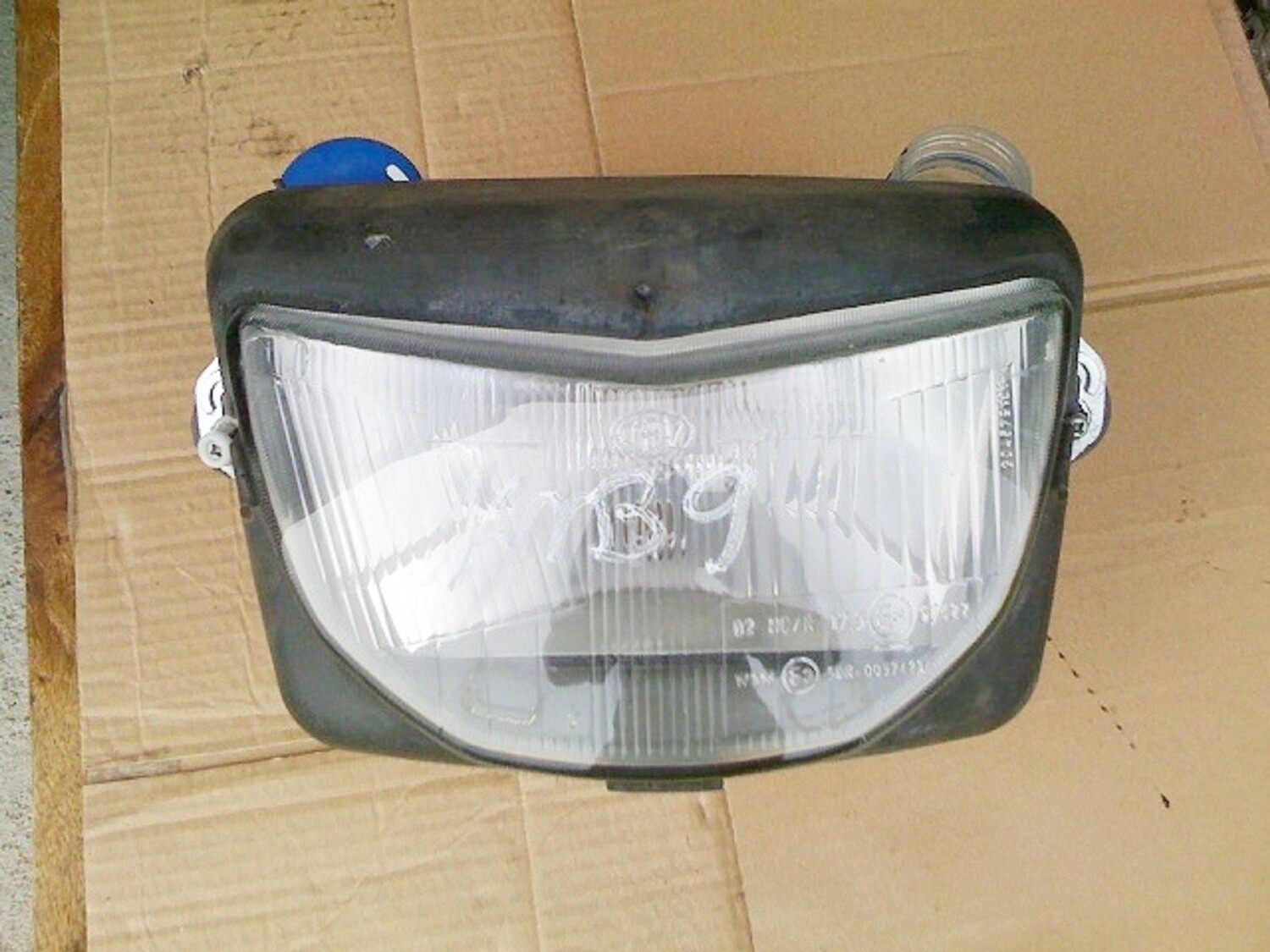 The lens in quite good but a repair has been made to the reflector near the globe as shown by an arrow pointing to it. Also the tab where the arrow is won’t lock the globe in tight and tape has been used to hold the globe tight. The other tab is fine. It still functions quite well and these are an expensive item new and used.

The white tab on the left screw is missing but could be replace with the one off your light.